No, not the American detective in a wheelchair 🙂 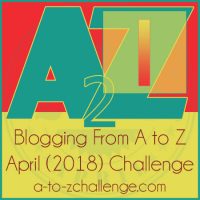 As I’ve been making my way through this year’s April AtoZ Challenge on the theme of Christian Fiction, I’ve been trying to read some of the genre that I’d never heard of. So I called upon some fellow members of the Association of Christian Writers for recommendations, and one of them was a historical novel by Fen Flack called,
Ironside – The English King who fought the Danes.

I haven’t had time to read it all, but I’m really getting into it. I’m not usually one for historical fiction, but it turns out I am. Let me explain better… I’m not one for reading historical fiction, but I love to watch it. I absolutely love Vikings. Now I know it’s a bit gritty in parts (ok, a lot of it) but it’s a great show.

Like I said, I haven’t got to the end of Flack’s book, but from what I have read… think of Vikings, and take out the athletic raunch and very (VERY) bloody war scenes… and you have Ironside. Flack’s desire is to reflect themes you’ll also see in Vikings: suffering, unanswered prayer and forgiveness.

Ironside is a great story, well told with authentic names and settings. The story is set in 1016, based on the little celebrated history of King Edward who was the son of Aethelred II, (Aethelred the Unready).

For more of the background and to find info on this and Flack’s other books, you can click here.  I’m heading back to old England for a bit… 🙂

2 thoughts on “I is for Ironside”