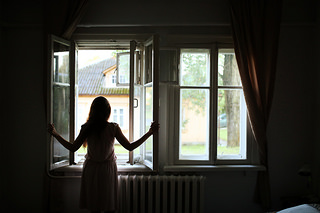 I would be lying if I said I’d never thought about it. If you’re a regular reader you’ll know about the struggles I’ve had over the years with childlessness, weight/food issues and loss. 2014 has been pretty rough too. I’m generally cheerful and am always good for a laugh; but I’ve considered it.

Not seriously, I’ve never tried it. I’ve thought about options and on one particularly dark night I hatched a plan; and that made me feel a bit better. That night was the turn around. The woman I had been at 4am, calmly calculating what it might take… well she frightened the living daylights out of me. For the first time, I had become aware of my own suicidal thoughts. It was terrifying, and I knew it was time to tell someone.

I can understand why people don’t say out loud that they have considered taking their own life. When you hear yourself say the words it makes you feel ill. Physically sick to the pit of your stomach. When you see the face of someone you love react to that statement – actually I can’t describe it, but it’s not good. We then had to enlist some help and I had to say it out loud again. In that moment I understood what and ‘out of body experience’ felt like.

My prayer life was a mess at that stage, but I started trying to say the Our Father regularly. When you spend time praying that and only that, you realise it pretty much covers everything.
Honouring God’s name, accepting His will, asking for daily provision, asking for forgiveness, asking for help to forgive others, help against temptation, and protection from evil.

I started having counselling, I went to the doctor, and was prescribed some mild medication. I remember sitting in the car with the prescription in my hand, crying my eyes out; convinced that anti-depressants were the beginning of the end. I was sure I’d never come back from there. But it was the opposite. They helped me to lift my head just enough to see over the darkness, and I started to recover. 18 months later I reduced the dose and was off them 6 months after that.

I remember the counselling session when I said “I want to live!” It took me a while to get back there, but I did.

I wish I had some inspired words of wisdom that would change people. Suicide awareness is increasing all the time, yet people still take that option. The change came for me when I became aware of my own thoughts. I thank God that I spoke up about it.

In 2012 I wrote about a couple of people I knew who had taken their own lives. I briefly referred to my own struggles, and made lighter of it than it was. I wasn’t ready to be honest about it.

Say it to someone. Say it to me if you like. It will sound even worse on your tongue than it does in your head. But in my experience, real suicide awareness started with myself; then I knew I had to make others aware of it too.

I thank God that I am alive 🙂