July 2nd! It’s always a day of mixed feelings for me. It’s the beloved’s birthday, his sister & brother-in-law’s wedding anniversary and it’s also the birthday of the only set of twins in my family, as well as a couple of other family members. So over the years it’s always marked.

But as in many things in life, there is a bitterness to the sweetness. On July 2nd 2002 I had major surgery that changed my life for ever. I had the big ‘H’ and with it went all hopes of having babies. I was only 30 and not yet 2 years married – so as you can imagine it was a blow.

I was very well prepared for the physical post-operative complications and what to do. I remember one nurse saying, “Basically they’re going to chop you in half, cut a section of you away and sew you back up – so prepare yourself, your body is going to be in shock for a long time.” As dramatic as that sounds, it did prepare me.

After a week in hospital I went home. I had months of recovery. I was blessed to have 2 great friends who are nurses and a district nurse living in the house opposite us. We were fed every day by a rota of folk from church and work. We were both cared for by so many people, including regular visits from Ireland.

After a while I could walk.
It took time but eventually I could sit and stand with ease.
I was able to drive again after a couple of months and around that time I went back to work.
Because my surgery was cancer related, I attended the hospital for 5 years then was officially discharged.
And here we are 11 years on! 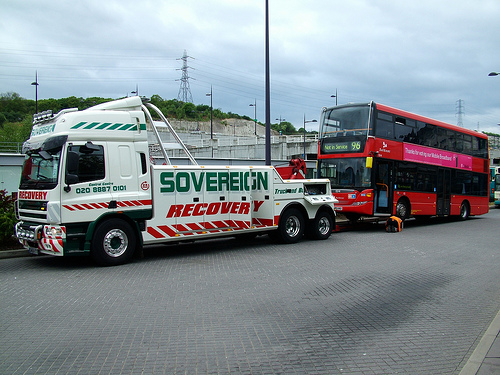 The problem was, no one warned me that my heart would be smashed into a million pieces and slowly but surely it would have to be put back together. Along side the physical recovery, there would be an emotional one. These days I’m pretty much reconciled to the turn my life took that day. I’ve had my rows with God. I still don’t get it but I’m a big believer in the sovereignty of God 😉 Most of the time I’m fine but the odd time, on day’s like Mother’s Day, I get a stab of pain from somewhere.

I’m always amazed at the body’s ability to recover. Cuts heal as skin knits itself back together, broken bones fix themselves, bruises eventually fade away. All these things happen with the help of medical care, but God has made our bodies in such a way that they can fix themselves.

And guess what?! The heart heals too! It takes time, longer than skin and bone, but it does heal. In the same way that some physical injuries leave their mark, injuries of the heart do that too.
But I promise you… the healing will come.

You may well choose to get there on your own, but I highly recommend you let God help you.

Ask Him for help – He will answer.
x