Following on from my last post – complaining about how busy I am, I thought it would be good to reflect on what I’ve been up to, and why the diary has been so full. I made it sound awful, to be constantly on the go and not have a minute to stop. But much of what I’ve been doing has been enjoyable, worthwhile and uplifthing. So I should quit complaining really.

One of the great things I did took place on Saturday 26th May. I took part in my 2nd Cancer Research UK – Relay for Life, in Pontypool Park. I was part of a team who, for 24 hours, walked to raise money for Cancer Research in Wales. I was privileged to be asked to start the ‘Survivors Lap’ with some actual real-life heroes.
It was an amazing experience. 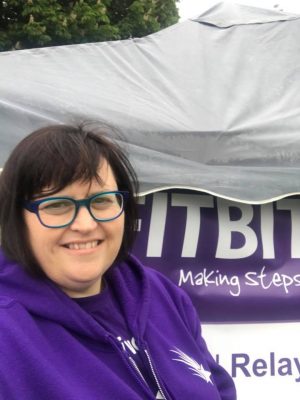 On the Saturday, I walked over 20k. I raised over £400, our team raised well over £2000; and we were just one of many teams. The weather forecast wasn’t great, but we managed to dodge the showers most of the time. It was the last hour on the Sunday morning when we were about to do our final lap, having received our medals, when the heavens opened and the rain fell. We were rushed into the marquee to escape the thunder showers. It took me about a week to fully recover but what an amazing 24hours it was.
Thank you! to all who donated and cheered me on.

I was also at a family wedding. It was such a beautiful day, with lots of beautiful people. The groom is officially some level of cousin by marriage, but in my heart he’s a nephew, and I was so proud to be part of his day.

As well as that, other events included:

That is by no means, an exhaustive list (though maybe a little exhausting).

When I looked again at my diary, I realised how blessed I am to have so many people and events in my life. I shouldn’t complain about my to do list when it includes such delights.